Welcome to another entry into the Life and Times of Jame! This past Labor weekend, I spent in the town of my youth, Atlanta Georgia. It was a trip of rememberance..one of bonding…one of mindless debauchery!!! Just kidding about the mindless. 🙂

I had been looking forward to this trip for quite some time. One of my bestest friends in the world is getting married and we had a guys weekend to send him off into oblivion…i mean, marital bliss. I got to the A a little early so I decided to visit our institute of higher learning, Georgia Tech. Memories of sleeping on the couches at the Student Center, sneaking into the Olympic pool to jump off of the high diving board, and tutoring at the Athletic Association building rushed back to me as I walked the campus. 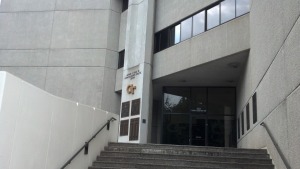 After a few more strolls down Memory Lane, I met up with the crew to begin our weekend. 4 days of merriment ensued. It was a blast!! For legal purposes, I am unable to divulge specific details of those days. 🙂

Seriously, what we did is not important(ziplining was awesome!!!)…the adventure has had me thinking all week about footprints.

I hear you out there…”What does footprints have to do with anything???” Good question, class! There is a poem called “Footprints in the sand”; most people in the course of their lives have heard it or of it in some form. If you are in the group that is not “most”, let me give you the cliff notes:

The poem describes a dream, in which the person is walking on a beach with God. They leave two sets of footprints in the sand behind them. Looking back, the tracks are stated to represent various stages of this person’s life. At some points the two trails dwindle to one, especially at the lowest and most hopeless moments of the character’s life. When questioning God, believing that God must have abandoned his follower during those times, God gives the explanation: “During your times of trial and suffering, when you see only one set of footprints, it was then that I carried you.”

It speaks to not just a relationship with God but all relationships. What made the weekend awesome? Did we do super awesome incredible things? Maybe… Is Atlanta the best most awesome place on the planet? Not really. Come on man, I’ve been to Budapest!!! The people made it what it was. The crew that has grown up together, lived together, learned together, worked together, played together, loved together, lost together….hell, bailed each other of life’s “prisons”. Not actual prison, people…that was a metaphor. A group of friends who has not seen each other in years and within seconds are in the place they were 10+ years ago. When I look back over those 4 days, I see one set of footprints.

So to all 3 of my readers out there, I challenge you to find and keep those people in your life. You know who they are: when you think about the most fun you’ve had, they were probably there…when something big happens in your life, they are the first people you tell…they are the ONLY people who can use the ANYTIME ANYPLACE coupon. That’s not to say there is no room for the other types of relationships too. I just hope your lives aren’t defined by the transients.

And to my crew, let’s not wait so long to do it again. 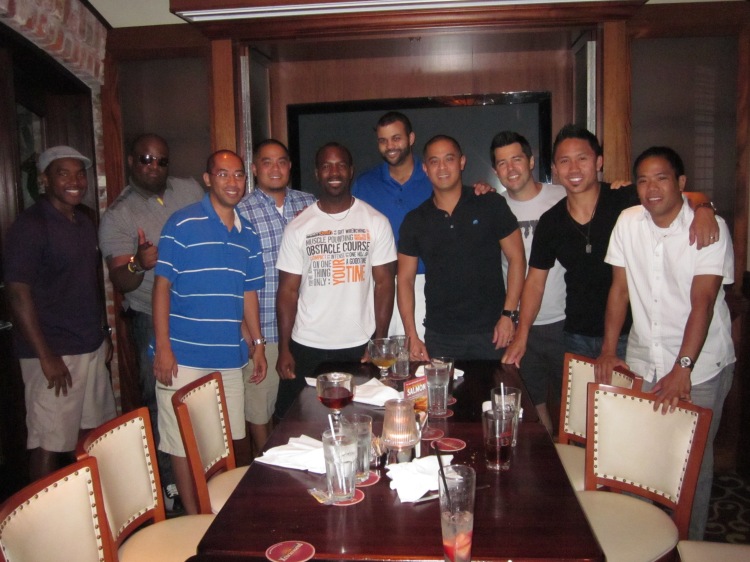 Glimpse into the past